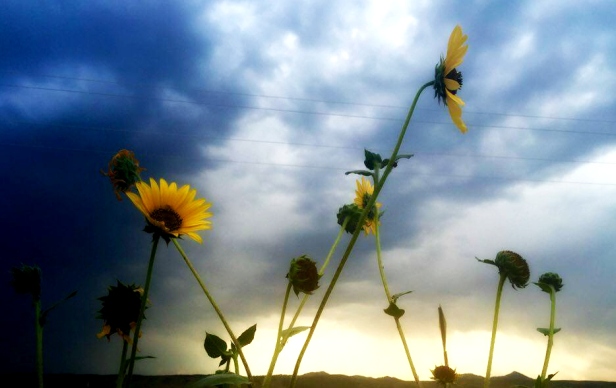 We’re in our RV, parked with foothills to the west and prairie to the east. Today I see dark gray clouds in all directions. I check the weather and see it’s 66 degrees and the forecast predicts cloudiness all day. It’s a stark change from yesterday’s full sun and 92 degrees.

The wind is gusting. It makes the awning make quite the racket. The top of the awning has just enough “give” to billow and make a lot of noise as it feels the wind. In a split-second this morning I thought the sound was someone coming up to the door, or maybe leaving?  I do feel something coming, something going. Well, look who it is.

Do you, like me, have a love/hate relationship with CHANGE? No miracle thoughts seem to come to me with CHANGE around. Maybe with enough intention, I can squeak out a little rainbow thought, but I tell ya, CHANGE has a lot of power, always humbling me to the core. Every single time, CHANGE holds a mirror up to me. Hard as I try, CHANGE won’t let me look away. Maybe that’s the scariest part. I’m a hostage as I’m put in the back seat of the car, kicking and screaming. Helpless. There’s that stupid iron gate between me and the front where I want to be. CHANGE is wearing a dark jacket with a hood, face hidden. ‘Typical of those who hold hostages’, I think to myself and roll my eyes. Of course I could bang on the windows, shout and scream, bark threats and display a stoic poker face like I’m in charge, but I’ve always been so tired after that tirade and it’s never served me. CHANGE has no ears, only eyes. Oh, the irony, that I even know this and am that familiar with CHANGE. If only CHANGE would look at me, I would be able to make MY point.

This time, I surrendered.

On this day with CHANGE, I sat back in the backseat and looked out of the windows at the moving landscape with anticipation, confidence, excitement. I noticed color and shape and let it move me and soothe me emotionally. I welcomed the mystery and I didn’t give power to the doubt-thoughts, even though I knew nothing and felt uncertain. Knowing that I knew nothing felt different, freeing. I took in a deep breath.Yes, I admit the air was both bitter and sweet, cold and hot, fickle and unpredictable. It called on me for something deep. It called for gratitude for air itself. I looked at the back of CHANGE’S hooded head and for the first time thought something positive. CHANGE is unique as both a noun and verb.

(Then the awning stilled). The car stopped moving. CHANGE opened my door and stood quiet. I got out and did a quick panoramic sweep to see where I’d been taken. I breathed air as if was familiar. It only took two breaths this time. Maybe I’m making progress? I saw an unfamiliar trail head in the distance. ‘It could be treacherous. It could be magical’, two thoughts warred in my mind. In that moment, I looked over at CHANGE who slowly took the hood down and handed me gifts for the trail. I blinked long to let the shock settle. I had imagined CHANGE’S face a million times before, as harsh, steely, unfeeling… That’s not the loving, familiar face I saw before me.. 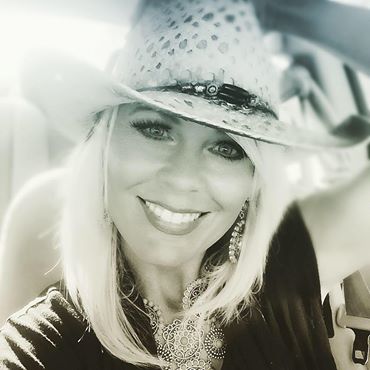